Single player
The Thing II was a planned third-person survival horror game, and sequel to the 2002 video game The Thing. It was under development by Computer Artworks in 2003. However, it was ultimately cancelled after Computer Artworks entered receivership in October 2003[1]. In the plot the thing get onto an ice breaker vessel with Capt Blake in hot pursuit. Although cancelled, pre-production art guides and two creature video clips were released, revealing the developers' vision for the game.

According to the Computer Artworks' pre-production concept art guide, the game was intended to follow the plight of protagonists Blake and MacReady, as they fought through a small snowy refinery town (presumably located in Antarctica), an oil rig and on-board an aircraft carrier. New types of Thing beasts were to be included in the game, which were intended to be deadlier and more elaborate than those from the first game. A new 'burst-out' system was planned for inclusion, which would have seen a variety of elaborate enemies burst out from infected non-player characters (NPCs). The geometry for the creature's reveal was intended to be hidden away inside the NPC model and would unfold as the monster is revealed. Technically-demanding, the 'burst-out' enemies would have been less frequently encountered than the simpler 'scuttler' creatures which lacked complex transformations. Burst-out creatures were also planned to progress through various stages of development—from a less threatening 'stage one' Thing to a fully-evolved state with multiple attack methods.

Interview with the developers

The developers of the original The Thing video game had this to say about the sequel in an interview:

"We had the contract in place to make the sequel and were pretty excited about it. We had a very cool prototype of 'dynamic infection' and some really imaginative thing 'burst-outs'. I particularly liked the one where the person would split in half and their top half would jump to the ceiling and start swinging around like an orangutan with his intestines turned into tentacles!" he grins. So it sounds like the sequel would have been awesome—what happened? "It was heart-breaking when Computer Artworks closed but it was a familiar story unfortunately," says Curtis gloomily. "We just grew too quickly, taking on a lot of projects including The Thing 2 and an Alone In The Dark sequel." Sadly, The Thing 2 never progressed much past a proof of concept demo that focused on the team's determination to solve the scripted infection issue.

Although The Thing II never made it past proof-of-concept stage, certain elements can be inferred from the material provided. Others, however, can also be speculated, especially when contrasted against the first game: 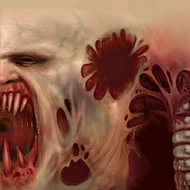 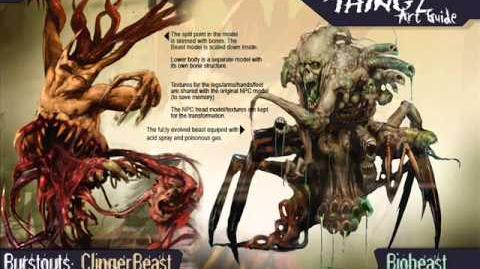 The thing cancelled sequel
Slideshow for The Thing II gallery