Scuttlers are small, autonomous Thing beasts which are formed from the severed body parts of Thing imitations. The creatures appeared in the 2002 video-game The Thing and are loosely based on the final form of the Norris-Thing from the 1982 film The Thing.

Scuttlers have mutated into arachnid-like forms, with some resemblance to their host's original body parts; such as heads, limbs, and torsos. Most have developed strong hind legs to propel them quickly towards their victims and may attack with teeth or digestive fluid, depending on the variant. While they are generally weak and easily dispatched with small arms fire, the Scuttlers tend to attack in (often very large) groups to overwhelm enemies and often make use of vents and small hiding places. The creatures are typically spawned from Walkers, corpses and Scuttler Pods.

There appears to be four main different types of Scuttlers, with seven variants in total:

(Note: a special type of Scuttler, the Overgrown Scuttler, appears in the Pyron Sub Facility levels. They take the form of normal Scuttlers, except they are much larger due to the experiments conducted in the testing chambers). 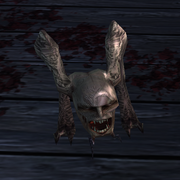 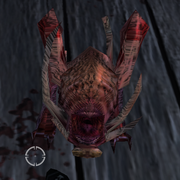 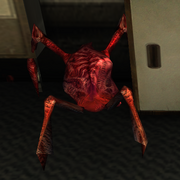 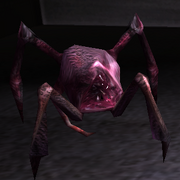 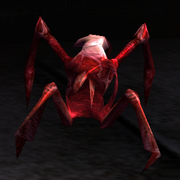 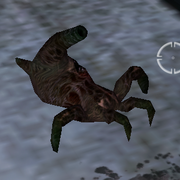 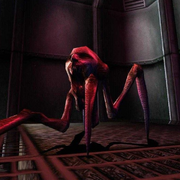 Retrieved from "https://thething.fandom.com/wiki/Scuttler?oldid=12509"
Community content is available under CC-BY-SA unless otherwise noted.