Return of the Thing

Return of the Thing was a planned television mini-series, and sequel to the 1982 film The Thing. In 2005 Sci-Fi Channel announced that it was planning to make a four-hour mini-series produced by Frank Darabont (The Shawshank Redemption, The Mist) and written by Darabont’s former production assistant David Leslie Johnson. Although ultimately cancelled, pre-production artwork and two screenplays were released, revealing the creator's vision for the series.[1]

According to David Leslie Johnson's screenplay, the series was primarily intended to take place in the year 2005, centred around the desert of New Mexico. Following the events of The Thing (1982), the Soviets receive fragments of Windows’ rescue call and are the first to arrive at the remains of U.S. Outpost 31 six months later. Led by Dr. Lukanov and his wife Alina, the Russians find the frozen bodies of MacReady and Childs and salvage the alien spacecraft. Attempts are made to weaponize a sample found on-board the craft, during which a lab accident claims the life of Lukanov's wife and the project is halted. Twenty three years later, Chechen rebels break into the abandoned facility and steal what they believe to be a phial of smallpox. An imitation of one of the terrorists, Ivan Vitsenko, boards a commercial airliner from Moscow to Los Angeles and after notifying the Americans of an impending terrorist attack, fighters are sent to escort the Boeing 767 to a military airbase. Vitsenko, aware of what is happening, has a heart attack and in a scene reminiscent of Norris ' resuscitation, the creature chaotically reveals itself - causing the aircraft to crash land in an isolated part of New Mexico. 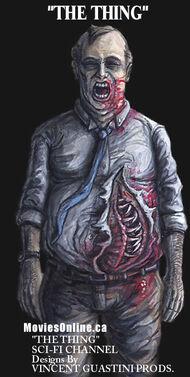 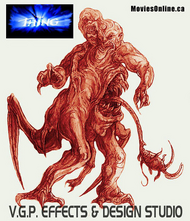 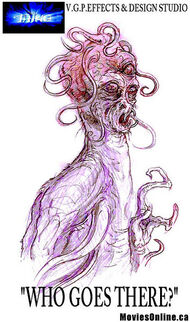 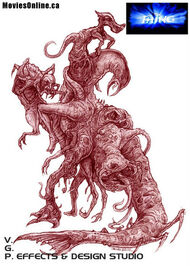 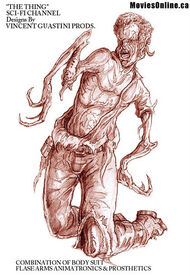 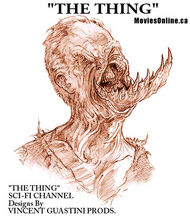 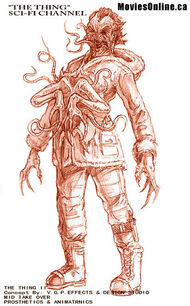 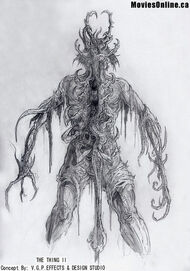 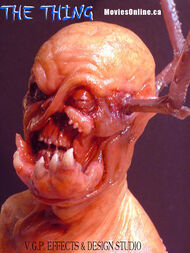 Retrieved from "https://thething.fandom.com/wiki/Return_of_the_Thing_(mini-series)?oldid=10997"
Community content is available under CC-BY-SA unless otherwise noted.